In an earlier post I outlined how I’m analyzing basketball games using a post game win expectancy model and comparing it to the actual results.

The results have been an excellent predictor of the next game of the series after comparing what actually happened in the game versus what their stats/possessions tell us. (Predicting which team may cover the spread/win the game)

Here’s what I’m talking about. I mentioned in that original post that after each game the model looks at if each team should have won/lost and covered the spread AFTER the game as well as the ACTUAL results. If so, then great. If not, it will tell us.

So far there have been 51 playoff games. I eliminate game 1 in each series as I wait to get a head to head result to see what will happen between the two teams after they play each other once. So taking away 12 game ones (12 series so far played) from the 51 total games we end up with 39 games to check. If the a team had an assigned grade of GOOD or PLAY they are currently 28-11 against the spread (71.8%).

Below is every first and second round game from this season. You’ll see if you look at each particular series how the post game numbers may lead you to a play on the next game. 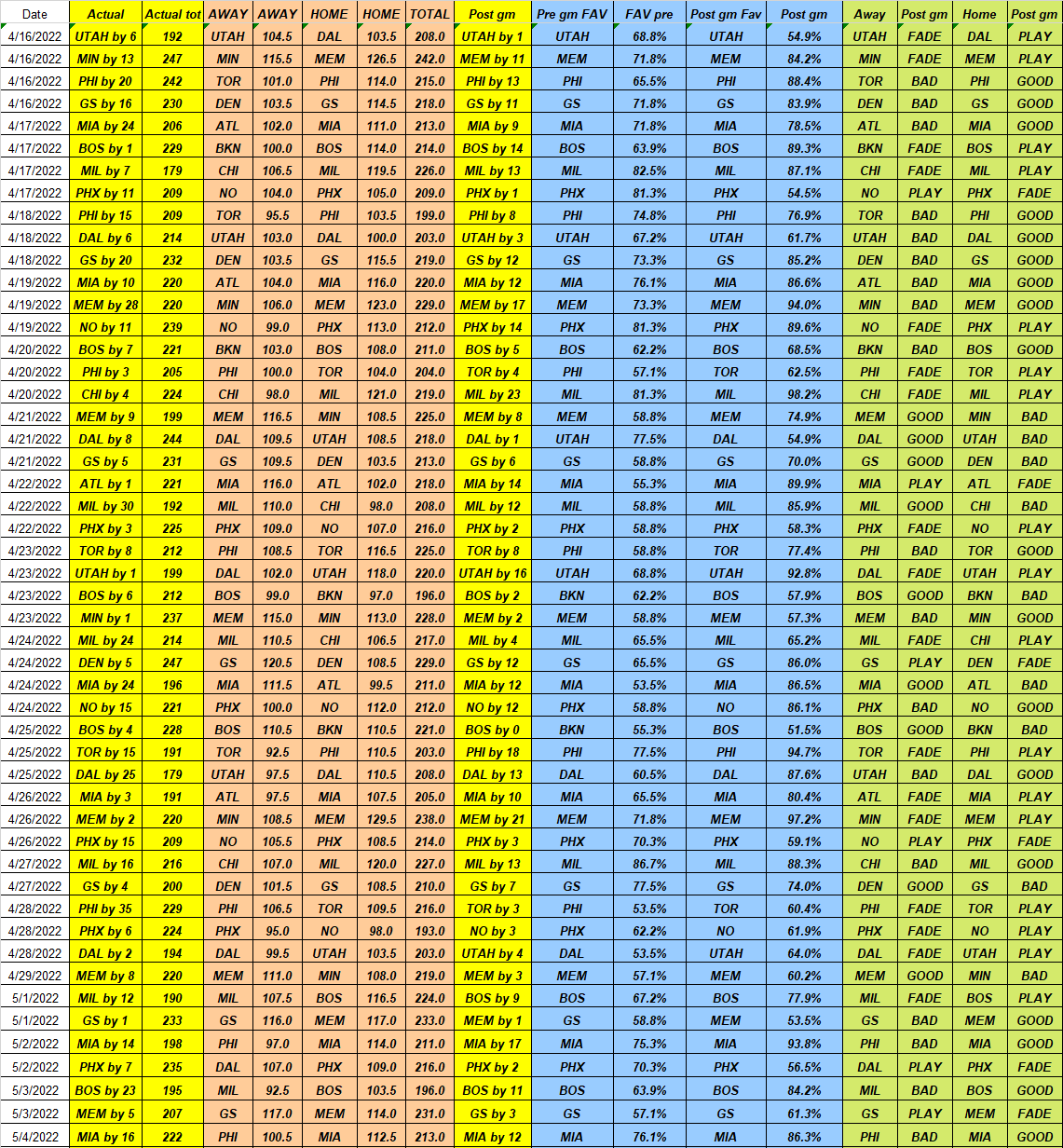